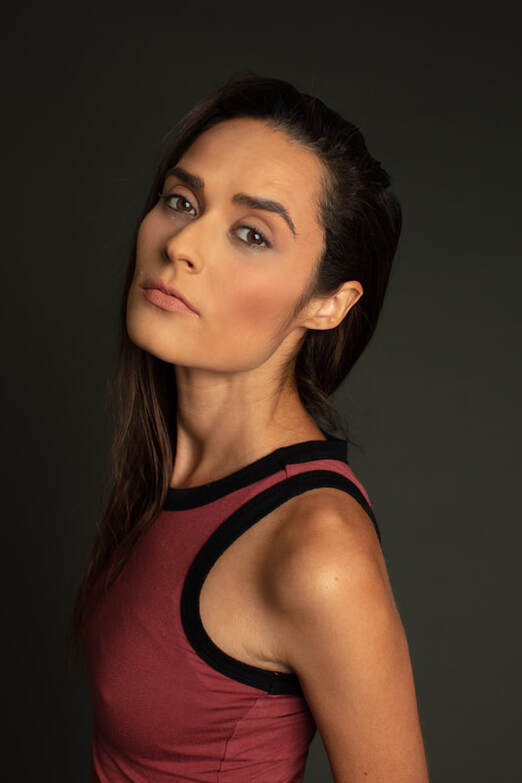 Photo Credit: Elaine Torres
Stephanie Nogueras ​is an Actor of Puerto-Rican descent. She is a beautiful rising star. That is a huge compliment for this determined ingénue, who left her home on a New Jersey farm right out of college for a life in the big City of Hollywood. Within six months, Stephanie landed a recurring role on Freeform’s Switched at Birth as “Natalie Pierce” till Season 5. The Season 4 finale episode #4010 was inspired by an actual event in Stephanie’s life. Stephanie booked a “Guest Star” role as “Elly” on NBC’s Fantasy Cop Show Grimm in the same year. Nogueras’s role as a Deaf Mermaid earned that episode its highest rating for the Season. In an interview about her role on the show, Stephanie told People Magazine “There’s Nothing in My Life That Would Limit My Ability to Succeed". Stephanie has quickly become a Role Model, as her commanding presence in the public eye has been inspiring for both the Deaf and Hearing alike. She earned a Liberal Arts and Science Degree from Rochester Institute of Technology; RIT in Rochester, New York. Stephanie enjoys sleeping in, dancing, hiking, finding gratitude daily, traveling, reading good books, spending with loved ones and fur kids. When she is not acting, Stephanie mentors students and families, teaching them American Sign Language and deaf culture. Mentoring deaf children means a lot to her dearly because she knows what is like to be deaf in the entire hearing Puerto Rican family when she was growing up. They have molded her into a strong woman, compassionate, fiercely determined, independent and empathetic. She is also consulting, collaborating and ASL coaching for television shows/films/theaters.